On a single night in January, more than 12,000 people were counted as homeless throughout Seattle and King County.

That included people living on the street, in tents, in cars, and in shelters.

It’s an increase over last year’s tally. But Kira Zylstra, the acting director of All Home King County, the group that runs the annual one-night count, says it's a relatively small increase at 4 percent.

“Our performance data shows that the resources that we are investing in are housing people faster and faster, at higher and higher rates,” Zylstra says. “So we have to continue to invest in those places that are seeing that kind of progress."

During this year’s count, more homeless people were living on the streets. Of those people, the number of those living in cars marked a sharp uptick from last year.

Zylstra says the city and county need to do more to prevent people from becoming homeless to begin with. And she says more housing is needed so those in shelters have somewhere to go.

But it's not all bad news. Zylstra says this year saw some successes.

"Among [homeless] veterans we saw a decline by 31 percent overall,” she says. “This is the biggest decline for a specific population that we've seen for a great number of years."

There was also a slight decrease in the number of families with children counted this year over last year—though the racial disproportionality of homeless families increased.

But these one-night count numbers are just a snapshot. In 2017, nearly 30,000 people throughout the county experienced homelessness over the course of an entire year.

And for different groups, the full point-in-time report reveals different impressions of the homelessness crisis in 2018.

There were about 1,500 kids and young adults living on their own in King County. Most of them live on the streets.

Three-quarters of them were living without shelter.

Overall, the number of unaccompanied youth and young adults grew by one percent.

A little more information about those kids:

A third of unaccompanied youth and young adults identified as LGBTQ, twice the rate of people surveyed over the age of 25.

Eight percent said they or their partner were currently pregnant, nearly three times the proportion of pregnant older survey respondents.

In 2017, 38 percent of people in families with children experiencing homelessness identified as black or African American. In 2018, that percentage grew to 48 percent, or an additional 183 people.

Volunteers counted 2,624 people in families experiencing homelessness. They made up 22 percent of the overall homeless population, and included 1,583 children under the age of 18.

Of the people in these families, the population skewed 62 percent female.

Families with children overwhelmingly identified domestic violence and lost jobs as the leading causes of homelessness. Families who said they had problems when seeking services also identified language barriers as a more common issue than the rest of the survey population.

How long have you lived in Seattle?

Compared to last year, a higher proportion of people without housing reported that they were born or grew up here. Nearly a quarter of people surveyed said they had lived here for a decade or more.

Before they lost housing, most (70 percent) said they had been living with friends or relatives, or renting or owning their own home.

Why it seems like homelessness is on the rise in Seattle, even though the ballpark figure is just a 4 percent increase:

More than half of those experiencing homelessness on the one-night count identified as people of color.

The number of people living in their cars throughout the county increased by more than a thousand.

It's not just about people refusing to leave the streets for a better situation:

[asset-images[{"caption": "", "fid": "145057", "style": "placed_wide", "uri": "public://201805/98_percent_1.jpg", "attribution": "Credit KUOW"}]]The head tax, meant to generate funds for homelessness services and affordable housing, would create 591 new units of subsidized housing for the homeless over the course of five years under the City Council's proposed spending plan. Roughly 302 of those units would be permanent supportive housing, and go to the most vulnerable people without housing.

More than two-thirds of people surveyed said they had been living without a home for a year or more. 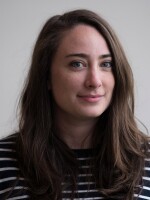