You are on the KUOW archive site. Click here to go to our current site.
News
Environment
KUOW's environment beat brings you stories on the ongoing cleanup of the Hanford Nuclear Reservation, alternative energy, the health of the Puget Sound, coal transportation and more. We're also partnered with several stations across the Northwest to bring you environmental news via EarthFix.

J50 has been found. Now biologists must figure out how to save this young orca

The emaciated, 3 1/2-year-old orca had seemingly gone missing over the weekend, leading some biologists to worry that she may have died.

Plans were underway to feed the young whale with live salmon – possibly laced with medicine – or to inject her with antibiotics, in the hopes of saving the youngest orca in this endangered group.

Michael Milstein, a spokesman for NOAA, confirmed that the young orca was found west of Vancouver at the Port Renfrew near the west entrance of the Strait of Juan de Fuca.

“The good news is she was spotted with her mother J16,” Milstein said. “That’s a good sign because it shows the pod is still together.”

Fisheries and Oceans Canada spotted the killer whale and her mother on Tuesday.

The J-pod orcas made international headlines last week, after one of their babies died. The mother carried her deceased infant for 10 days at least, keeping the tiny orca baby’s body just above the water.

The baby’s death highlights the dire conditions plaguing the Southern Resident orcas, which include Jpod. Chinook salmon runs, the only salmon this pod will eat, are fast declining, and Puget Sound waters are polluted from decades of lax environmental regulations. Noise pollution, too, is a constant stress, as it impedes their ability to fish.

A task force on these Seattle-area orcas met today to discuss their future. The Southern Resident orca population dwindled in the 1970s and 1980s when they were captured for marine mammal shows like SeaWorld. They rebounded in the 1990s but have since dwindled to 76 currently, the lowest number in 30 years, according to NOAA.

On whether they can approach the J-pod orcas yet, Millstein said, “We will now look for an opportunity to do the health screen, but the orca would need to be further inland in much calmer waters.”

He noted they don’t know what direction the orcas are traveling or how long it might take before calmer waters are reached.

When asked if they are positive they can keep the orcas in their sights now, Milstein noted the “enormous collaboration between government and NGOs resulting in great sharing of information.”

He said, they are truly “excited at this news.” 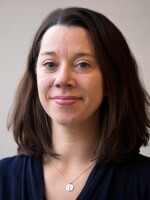