Vermont Senator Bernie Sanders has some advice for his supporters in Seattle on working with backers of President-elect Donald Trump.

"Ask Trump supporters whether they'd like to live in affordable housing, whether or not they would like to be having healthcare that they can afford,” Sanders said. “On many, many issues, you're going to see Trump supporters holding views not radically dissimilar than we hold."

But Sanders says he's concerned whether Trump will actually do things to address those issues.

He was in town promoting his new book on the presidential campaign. He lost in the Democratic primaries to Hillary Clinton.

Like Trump, Sanders is unhappy with how the news media covered the election season.

He says too much attention was put on quips from candidates and not enough on the issues.

[asset-images[{"caption": "", "fid": "131933", "style": "card_280", "uri": "public://201612/bernie1.JPG", "attribution": "Credit Sonya Harris photo"}]]"How can you ignore 43 million people living in poverty?” he said. “You see any programs lately on youth unemployment, in minority neighborhoods? Any programs talking about why Canada is able to have strong, paid family and medical leave? UK does it, Germany does it. Do you see those types of discussion? You don't."

During his remarks, the senator also praised Seattle for creating a $15 minimum wage and for electing Pramila Jayapal to the 7th Congressional District last month. 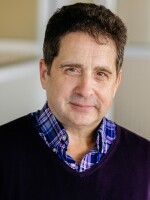