You are on the KUOW archive site. Click here to go to our current site.
News
Business

Despite the drop in Washington’s unemployment rate, many people are still looking for work. More than 3,000 people attended a jobs fair at the ShoWare Center in Kent on Tuesday. Companies had a big presence too. Law enforcement recruiters showed up in force, as did insurance companies and healthcare providers. But the big player was Boeing.
Neal Morrison is the outreach director for City Career Fair Productions, the organization that put on the event. He said the enthusiasm for Boeing is pretty typical for the jobs fair.

“The line goes all the way down the venture, which is an entire stadium, and it looks like it's beginning to go out the door. Isn’t that amazing?" said Morrison. "I mean, it’s almost like they could have their own career fair.”

Hundreds waited in line for hours to get some face time with Boeing reps and hand out their resumes. The long wait didn’t deter Yvonne Rivera, who took off her high heels and dug in for the wait. “I used to work for Boeing and then I left to have kids," said Rivera. "Now I’m going back to the workforce.”

Rivera has been off the job market for 20 years now. She hopes to get a position with Boeing in contract administration.

Christopher Price drove all the way from Los Angeles to attend the jobs fair. Price was laid off three months ago from his job as an aerospace quality engineer.

“I had to resort to something else to put food on the table," said Price. "I became a handyman. That’s what I do on my off time.” He’s hoping that an engineering job with Boeing will finally give him a stable income. “That’s more important to me now than ever. I just turned 50 and I’ve taken my risks. Now it’s time to stay steady."

Many of the companies at the jobs fair were eager to meet with potential employees. Some recruiters even complained that there were more jobs to go around than qualified people.

Washington state’s unemployment rate has dropped to 6.8 percent and is lower than the national average. 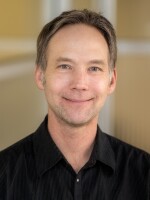