Which bowl of pho is perfect for you?

That savory, soul-warming and, some say, healing noodle soup brought into the world and perfected by the Vietnamese people.

But it's even more than that, according to cookbook author Andrea Nguyen.

She told Second Wave host Thanh Tan: “You could possibly test out a potential future partner by going on a pho date and like, seeing what kind of pho they like to eat, maybe how they garnish things, how they do things up…”

Second Wave is a new podcast from KUOW and prx about the Vietnamese-American experience. Listen and subscribe in Apple Podcasts or wherever you podcast.

If you’ve ever ordered a bowl of pho, you know there are a lot of options. But in the United States, you're most likely to find Southern-style pho, because most Vietnamese-Americans have their roots in South Vietnam.

Southern style pho is sweeter and features those piles of garnishes: bean sprouts, basil and lime.

But pho started in North Vietnam and began as a more Spartan dish — no garnishes and a broth that isn't as sweet. This is how Nguyen, who has family from North Vietnam, prefers her pho.

Even after your soup arrives, there are decisions to make. And those decisions may say something about you.

Love pho? Listen to this episode of Second Wave, in which host Thanh Tan, cookbook author Andrea Nguyen and owner of Pho Bac in Seattle, Yenvy Pham discuss the pride and pain behind your favorite noodle soup.

Do you drown it in hoisin, that sweet and savory plum sauce, like Sabzi from Blue Scholars?

Or do you dip, like Yenvy Pham from Pho Bac?

Do you need all the sriracha? Or just a squeeze of lime?

Are you a broth purist, adding no sauces at all? Do you slurp? Or sip?

Whatever you do, may we suggest not telling other people how to do it? Just find your pho style, own it and tell us all about it. Write to secondwave@kuow.org or hit us up on Facebook, Twitter or Instagram. 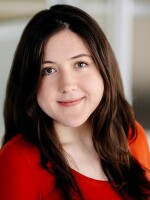 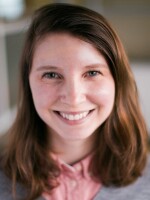