“I washed my hands next to [NPR health reporter] Alix Speigel,” said youth producer Madeline Ewbank. "Once [former Planet Money reporter] Alex Blumberg passed so close to me that I could've tripped him. Not gonna lie, I seriously considered it.”

“It was amazing!” said youth producer Nina Tran. “Bias aside, it looks like radio is the new frontier for storytelling, and where it's headed right now is really quite unique. You can come from essentially any background and end up in radio.”

“I'd like to think that I absorbed some of the pure radio skill permeating the conference,” Ewbank added. "And some inspiration to achieve the level of radio greatness of all the people I could've potentially tripped.”

Read on to find out what RadioActive learned at Third Coast:

3 Third Coast Sessions You Should Listen To

6 Questions On My Mind Since Third Coast

My biggest take from Third Coast is this: Podcasts are where it’s at! I knew podcasts were growing but I didn’t realize to what extent. People who are doing the most creative audio reporting are no longer worried about getting their pieces on terrestrial radio.

Sure, they think radio would be great, too, but they’re trying to produce for podcasts, like Love + Radio or 99% Invisible. Or, they’re just making their own podcasts.

The greeting phrase at Third Coast is now, “What’s your podcast?” instead of “Where do you live?” or “Who are you with?” 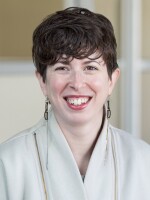