You are on the KUOW archive site. Click here to go to our current site.
More from KUOW
History

Journalist Ray Suarez just finished writing a new book called "Latino Americans." The way he sees it, American history as it's currently taught tends to ignore Latinos. He hopes to change that. His book starts in the 17th century and goes up until yesterday, when he sent the book off to his publisher. Suarez gives Ross Reynolds the long view of "Latino America." Below are highlights from the interview, along with excerpts from his 2010 speech, "The Browning of America."

Forty percent of what is the US today was once part of the Spanish empire. “We think of American history as an English thing that starts out in a thin strip of Atlantic coast colonies and then hurls itself across a continent as if no one was there, as if English-speaking people were the only game in town,” Suarez said. The first European language spoken in US was Spanish, not English. Many of the largest metro areas were founded by Spanish-speaking people. “We’ve had a very difficult history, and we ignore it instead of talking about it.”

Suarez wants to talk about it, because “past is prologue.” As he said  in his speech, “The Browning of America,” (Lawrence University, 2010), fears arise when large populations of immigrants assimilate into a new culture. At every time of high levels of immigration in American history, there have been high levels of protest and anxiety. “This isn’t new. These concerns are as American as apple pie,” Suarez said.

Suarez pointed to Chicago, for example, where half the new students in their public schools come from a home where a parent speaks Spanish. Late night local news programs in Spanish get higher ratings than their English equivalent. “Some people, when they hear that say, ‘They’re not learning English, this is terrible!’ In fact, most of the people who watch that Spanish-language news also speak English; they speak both languages but consume media in Spanish.” Suarez assured listeners this isn’t a problem; don’t worry about it. “No Latino parent in this country thinks their kid can get ahead by not learning English.”

As Latin American immigration levels off, Spanish will decline in use, Suarez said. Spanish has a profile similar to German 100 years ago, but the assimilation has taken longer – the immigrant population is constantly renewing, but constantly assimilating. “We have a different model of assimilation 100 years ago from what we see today. Latinos are saying, look, we can be fully who we are, and be fully American.”

What Does It Mean To Be American?

The US has fifth largest population of native Spanish speakers in the world and the same percentage of foreign-born people as it did in the early 1900s, after wrapping up massive European immigration. But a larger population today means more foreign-born citizens. Suarez says this should make us question, “What does this mean about who we are, our relationship to rest of world?”

Suarez shared that by the 2040s, the US will be a majority-minority country; more Americans will trace ancestry to Latin America, Asia, and Africa than Europe. The great majority of elderly will be white. Again, the tough questions seem to slow to bubble up in mainstream conversation, according to Suarez. “We seem to have little appetite to discuss what this all means. How will daily life change? What kind of music will you hear when you turn on the radio? What will the movie stars look like? How will the popular foods taste?”

“Roughly half of all Latinos finish high school. Of that portion, roughly half head to a college or university. Only a tiny group gets a bachelor’s degree,” Suarez lamented. What does it mean to have a sizeable population raised in declining incomes, declining social mobility and declining expectations? “My social security checks are going to be increasingly funded by workers who were not propelled into middle class by the great American escalator. It got stuck,” he said.

American high schools were engines of growth in the first half of 20th century. Today, the US has higher percentages of immigrant children, but fewer opportunities for high-skilled manufacturing jobs. Suarez pointed out that class mobility is getting harder; it is harder for children to do better than their parents and average wage growth has been negative in the last decade.

Politics And The Next America

If you talk to Republicans in Washington these days, Suarez said, they know that they have a problem, they just haven’t figured out what it is. “Some think it’s as simple as putting Ted Cruz and Marco Rubio out there and all will be well, but it’s a little bit more complicated than that. The old assumption -- Ronald Reagan’s assumption -- that all Latinos are Republicans, they just don’t know it yet, is turning out not to be true.”

A majority of Latinos support same-sex marriage and contraception benefits by insurers, he added. “The old idea that Latinos were social conservatives, but ones highly dependent on social services, so they vote Democratic – it’s not really as simple as that.”

Politicians need to move beyond their old assumptions and begin to think about the future of America. In “The Browning Of America,” Suarez said that the common message being broadcast by political parties points to a fear of change that has nothing to do with national security or the economy.

“[The message is] a narrative of loss, of anxiety about ‘losing my country.’ These are poignant complaints about a sense of change that the speakers have a hard time putting their finger on. Those people are going to have a hard time coming to terms with the next America.”

Ray Suarez On "The Browning of America"

This interview was originally broadcast on January 11, 2013. 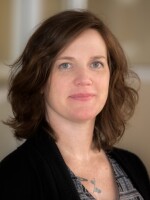