Environmentalists, unions, trial lawyers and business interests may be among the top political spenders in Washington this election year, but there’s a group of influential players who don’t necessarily show up in the campaign finance reports.

They often work behind the scenes to guide campaign contributions on behalf of the interests they work for. It’s another way that lobbyists exert their influence over the political process. 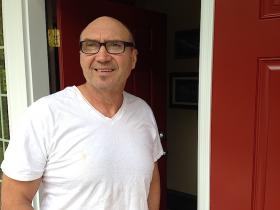 A decade ago, Jim Boldt was a successful contract lobbyist in Olympia. He had roster of mostly business clients. In a good year his firm would gross nearly $1 million. In election years he handed out money -- campaign checks from his clients.

Boldt had a ritual.

“The day after Labor Day I’d load the checks in my motorcycle and I’d take off and do a big loop into eastern Washington and that was fun,” he said.

Boldt explained that he’d meet the candidates over coffee or a quick lunch.

“You’d say ‘Hey these are from my clients, appreciate your work’ and you’re gone,” Boldt said. “It’s a short little deal.”

Going to the district and handing over the checks in person was just his style. Boldt is a face-to-face kind of guy. But he never quite got used to sliding the envelope across the table.

“That dynamic is really awkward,” he admitted. 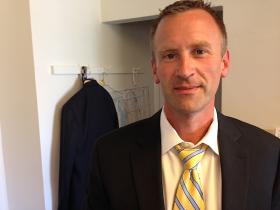 Not all lobbyists have a hand in political giving. But many do and the lobbyist is often the architect of that giving because they’re the political experts.

“My value to the clients is knowing the whole game board,” said Brad Tower, a contract lobbyist in Olympia. His clients include businesses and business associations. He often guides them in strategic political giving.

And he often shows up himself at campaign fundraisers with a client’s check in hand.

“What the contributions allow me to do is to participate in different events where there is a cost of entry,” he said. “Being able to make those contributions does allow me to build relationships with those individuals that carries over to session when they see me in the halls.”

So far this year, lobbyists in Washington have reported nearly $6 million in political contributions. But that doesn’t capture the whole picture. Lobbyists only have to report their clients’ contributions if they deliver the checks themselves, or if they’re the one who makes the decisions about political giving. Simply advising clients on where to give and how much to give doesn’t trigger the reporting requirement.

That means this realm of the lobbying business happens largely behind-the-scenes.

‘One of the most powerful arrows in the quiver’

“As far as are you ever going to know what contributions lobbyists have suggested be given, I don’t think so because that not’s what our law requires,” said the Washington Public Disclosure Commission’s Lori Anderson.

But anecdotally, it’s clear lobbyists play a significant role in Washington campaigns and elections. I spoke with several prominent lobbyists who did not want to be quoted by name. One estimated he will have a hand in guiding as much a $1 million in political giving this election cycle. His clients have a serious goal: elect business-friendly lawmakers.

Meredith McGehee is with the Campaign Legal Center in Washington, D.C., It’s a a group that advocates for campaign finance reform. She said the ability of one lobbyist to guide such large sums of campaign cash gives them outsized influence.

“That ability to deliver money that is so desperately wanted by the candidate so they can keep their job is one of the most powerful arrows in the quiver for any lobbyist who wants to play that game,” McGehee said.

It’s not just business lobbyists. Unions, trial lawyers, environmental groups and tribes are among the biggest campaign contributors in Washington. They too employ lobbyists who in some cases help strategize political giving.

Carlyle said the answer is “yes.”

So why does he play along? He said as a Democrat in a safe seat he has an obligation to help raise money that can go to other Democrats in more competitive districts. But he calls the whole situation “obnoxious.”

As chair of a taxation committee, Carlyle said he’s seen firsthand the influence lobbyists can wield in the legislative process.

“There are examples where we tried to close tax exemptions and there were two, three, four beneficiaries, a handful of companies, but because of the sheer number of super lobbyists that they have working for them it’s simply been unsuccessful,” he said.

Lobbyists are quick to point out that they don’t have a vote. All they can do is plead their client’s case. They also say that helping candidates out with campaign cash only seems fair. After all, the rest of the year it’s the lobbyist who’s trying to beat down the politician’s door.

Who Are The Descendants Of Seattle's Early Families?

What are the descendants of Seattle's pioneers up to? KUOW Listener Ben Lee wanted to know.

For KUOW's Local Wonder project, I escaped into Seattle's past in hopes of turning up the present. Turned out that finding Seattle's dead pioneers was the easy part.

They’re all in one spot: Lakeview Cemetery on Capitol Hill.

There is no shaking of hands in Liberia.

Instead, people elbow their hellos.

Why I Didn't End Up Donating My Eggs

Two five-inch syringes with bright orange caps have been placed atop the white linen of the grand banquet table, like little sterile centerpieces.

Washington’s upcoming vote on gun laws is being closely watched around the country.

It’s the first time a state has presented voters with two competing initiatives on gun regulations – one to require universal background checks and the other to prevent them. It’s also marked a new surge in campaign donations to regulate gun sales in Washington state. Advocates for background checks call the donations “a sea change” that could have ripple effects in other states.